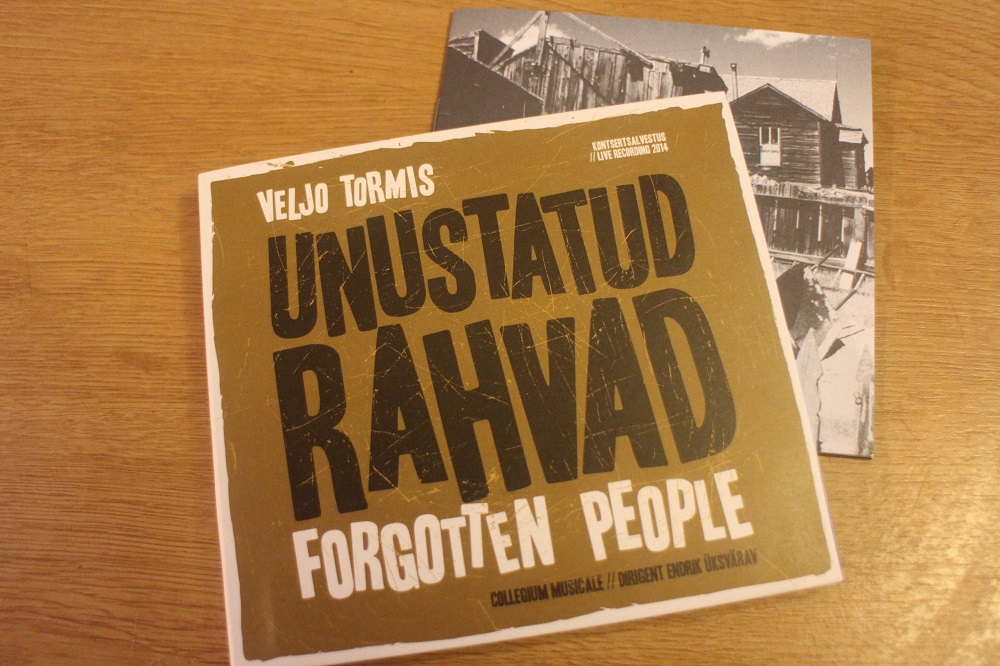 On 9th of  May we have an honour to sing in Szczecin Philharmonic in Poland. Concert will start at 19.00 and we will sing the different parts of Veljo Tormise choral cycle “Forgotten Peoples”. Conductor Endrik Üksvärav.

The Estonian composer, Veljo Tormis, had long pursued a mission to preserve the musical heritage of the minority groups—the Forgotten Peoples—who live along the shores of the Gulf of Finland from Lithuania in the south to Karelia on the Russian-Finnish border. Over a period of years, he composed six song-cycles for mixed chorus based on the folk music and poetry of these peoples who are now dying out or losing their separate identity. In an informative note, the composer points out that Estonian and Finnish folk-song is part of an ancient culture which these people brought with them from the Danube basin, from a pre-Christian, shamanistic civilization which was very close to nature.
Tormis integrates folk-material into his own style. As a result, there is a great variety of timbres and textures in the songs that make up these six cycles. Pedals, ostinatos and dance-rhythms abound as does frequent alternation of solo and choral singing. He makes extensive use of accompanied Sprechstimme to narrate some of the lengthy ballads in Izhorian Epic. These ten songs are settings of creation stories (similar to the Kalevala epic) or poems which point moral dilemmas in either a sad or a humorous way.
Many of these delightful and attractive songs are about the natural world around us: birds, animals, the seasons of the year, life and death in the country. Each cycle is based on the folk music of the particular region and each cycle has an overall theme.