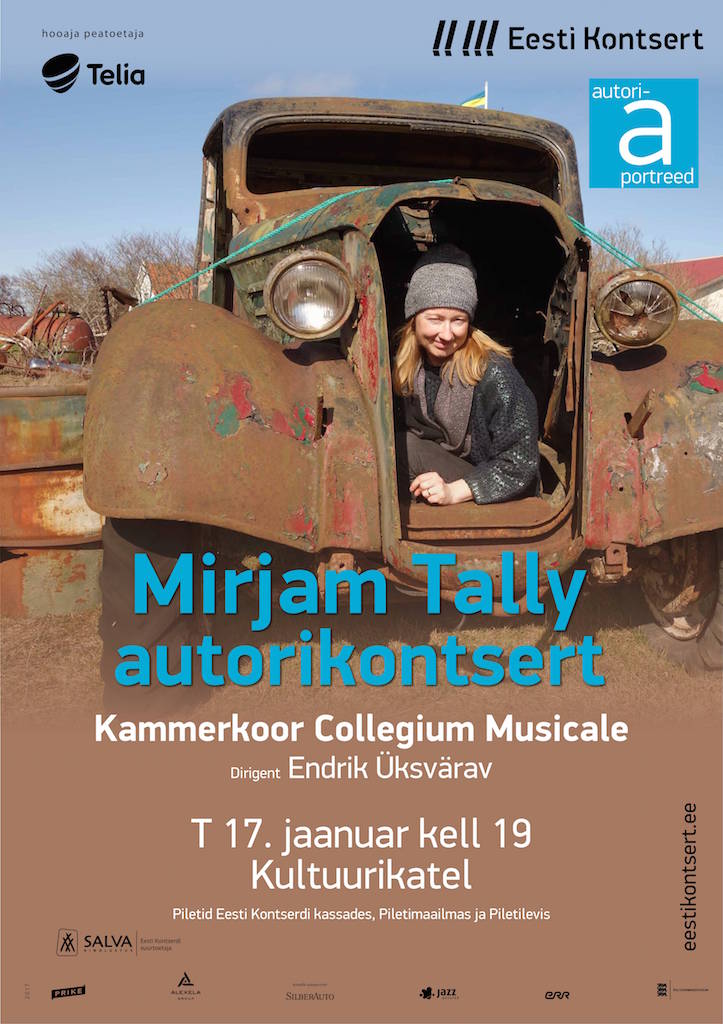 On January 17, at 7 p.m. we will have a concert with music of Estonian/Swedish composer Mirjam Tally. Concert will take place in  Kultuurikatel (Creative Hub) in Tallinn.

“Work with electronic instruments has greatly broadened my vision of sound. For me the colour is important in music; when I was in the beginning of my composer career – the most difficult to me seemed to be stepping out of this so-called thematic framing and creating something more abstract, music that would base on the colour of the sound. From this aspect, the work in the studio was really of great help.” /Mirjam Tally/

In the work of Mirjam Tally, the sound is central. Her music is filled with playful contrasts – there are humorous, dramatic and poetic use of sound blended together. In recent years of Tally’s music, the importance of orchestral music has increased. Sometimes she uses music instruments not traditional to art music in her pieces, for example Nordic or exotic folk instruments (Estonian zither, didgeridoo, tanpura, accordion etc.), using the folkloric sounds with modern liberality. There is also an important part in the poetry texts of Estonian authors (Hasso Krull, Elo Viiding, Indrek Hirv) in Tally’s creations.
Mirjam Tally graduated from the Estonian Academy of Music in 2000 as a student of Lepo Sumera; she also complemented her studies with lessons on electronic music under Rauno Remme. Since the autumn of 2006, Mirjam Tally is living and working in Sweden, in the town Visby that is located on the Gotland Island.