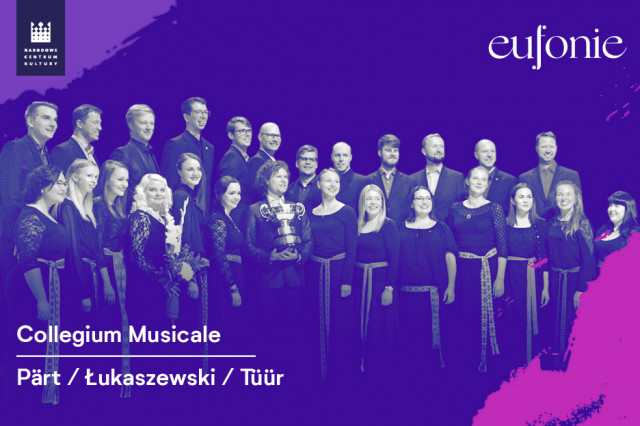 On 16 november Collegium Musicale will participate on the 2nd Inernational Music Festival of  Central-Eastern Europe EUFONIE. The concert takes place at Archcathedral Basilica at 5. 00 p.m. in Warsaw.

A unique concert during which we will hear Polish premieres of compositions of such artists as Arvo Pärt or Paweł Łukaszewski by the Collegium Musicale choir which will be conducted by the outstanding Endrik Üksvärav from Estonia. The artists will present a real fusion of surprising sounds and sound constellations characteristic of contemporary music.

“Eufonie” is a music festival, referring to the tradition of the regional community of most countries today referred to as Central and Eastern Europe, stretching from the Balkans, through Romania and Austria, the Visegrad Group countries, the Ukraine and Belarus, to the Baltic countries, sometimes extended to Scandinavia. This area is a fascinating melting pot of influences from the East and the West, boiling with cultural energy which often determined the identity of nations deprived of their own countries.